The Heart Of A Champion

The Heart Of A Champion

On this, the second greatest day in Cleveland sports history,* I can’t help but get choked up at the thought of that Championship hardware… I mean… all of the teamwork that went into it, that is.

Today, for those of you who aren’t basketball fans, the City of Cleveland hosts a parade in honor of the Cavaliers’ defeat of the defending NBA champs in the Finals. The thrilling Game 7 victory marked the end of the city’s fifty-plus-year drought of (major) professional sports championships.** 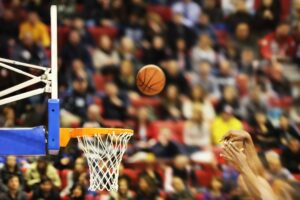 Throughout the season and all through the playoffs, the city and team went “All In.” The motto was everywhere, especially as the Cavs steamrolled over the Detroit Pistons and Atlanta Hawks, sweeping both teams. For a town of realists*, it was almost too good to be true. Dare we hope, as Clevelanders who experienced first-hand The Drive, The Fumble, The Shot, the ’97 World Series, the Browns’ move to Baltimore, and The Decision3… dare we hope that this is (finally!) our year?

When the Toronto Raptors dealt the Cavs their first playoff loss, and then took the series into a 2-game tie, the city didn’t slip back into its usual “there’s always next year” mentality. Funny enough, the “All In” spirit grew stronger, more resolute.

There was hope. Why? Who knows. Cleveland could feel it.

And the Cavs delivered. Two straight wins to finish off the Raptors and capture the Eastern Conference Finals. The Cavs were going back to the Championship Round for a second chance at the Warriors, who barely eked out victory over the Thunder in the West. Cleveland was electric. The “All In” spirit spread like wild fire.

The seven games of the Finals were incredible to watch. Whether you’re a Golden State fan, a Cavs fan, or a sports fan in general, that was basketball on its grandest stage. The drama was all there. The players held nothing back. And, if you’re from Cleveland, the last quarter of Game 7 was like torture.

But damnit if the Cavaliers didn’t pull off the MiraCLE of the century. The team, the city, truly went “All In.” I’m not going to lie. I cried a little when the Warriors heaved up their final, unsuccessful shot, and the buzzer sounded with the Cavs on top, victors in a fifty-year-long sporting war. The feeling of coming together, uniting under one goal, and executing on that level – it’s nothing short of amazing.

The NBA Championship season wouldn’t have happened, though, without each and every Cavalier showing up, playing their hearts out, and leaving everything on the court. A team is just a group of individuals busting their asses to get better together. The City of Cleveland should be proud as $hit of their Cavaliers. I know I am. And the city should be proud as $hit of themselves for never wavering in their belief. We were “ALL IN” – mentally, emotionally, unapologetically. 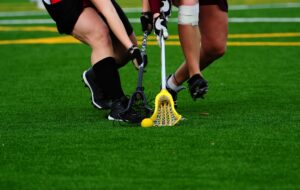 The experience of this NBA season reminded me of playing high school lacrosse.

My team had its ups and downs, but we bonded one season in a way that was magical, and in an equally dramatic, last-second championship game, we emerged victorious because we believed that we could. That had been our motto that season: “we believe.”

You may be wondering what a high school team playing for a state title has to do with a professional basketball team winning a world championship… And what does any of this have to do with your health and fitness?

It comes down to mindset. Without a rock-solid mindset and unwavering belief in something greater than yourself, you’re not going to accomplish anything. If you believe you can, or believe you can’t… you’re damn right.

Banish thoughts of failure from your mind. There is no room for doubt in the heart of a champion.

You are the product of your thoughts, which direct your intentions and actions, which dictate your results. This is true in all areas of life. Fitness is just one arena where it’s a lot easier to be successful if you give yourself the benefit of the doubt.

Need help figuring out the best training and nutrition plan for YOUR goals?
Apply for your FREE coaching call today.
We’ll discuss your fitness goals, the challenges preventing you from achieving your goals, and come up with a plan of action!