Train Your Core Without Crunches

Train Your Core Without Crunches 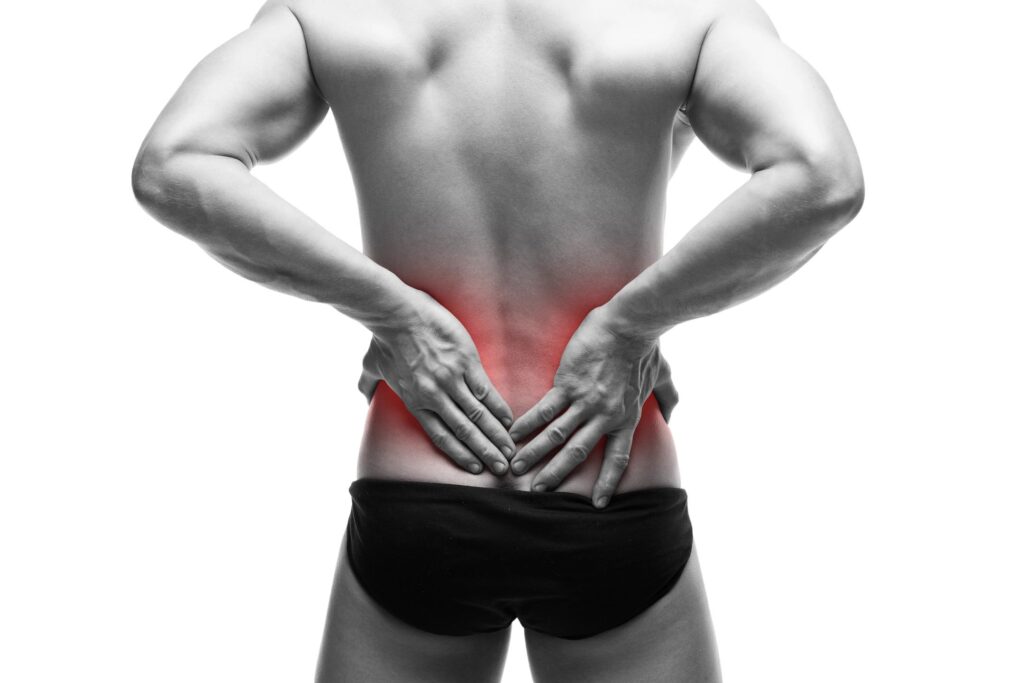 At a holiday party, a family member approached me about her back pain.

“I’m really frustrated, I can’t even go for a walk without triggering pain in my lower back,” she confessed. “I know it’s because my abs are weak, but crunches only make it worse. How can I train my core without doing any painful sit-ups?”

If you’re going through the same thing – back pain – I feel for you. It’s never fun to be in pain, especially when your favorite activities trigger that pain or make it feel worse.

With this article, I’ll help you strengthen your core to reduce or eliminate back pain so that you can continue doing all the activities you love – pain free.

Even if you’re not in pain, you can use the exercises in this article to bulletproof your core and prevent pesky pain from cropping up in the first place.

First, it helps to understand that pain is a signal that something is wrong. Never train through pain. Some discomfort is expected when lifting weights, but anyone who tells you “no pain, no gain” is a dangerous idiot.

Pain can also be a sign of weakness. This isn’t good/bad or implying that you are broken; it’s just a fact that chronic pain generally results from weakness somewhere else in the body.

When muscles are too weak to do their jobs, other parts of our bodies take over, leading to compensation and imbalance.

My family member is likely right in her guess that her weak core is exacerbating her lower back pain. By strengthening her core, she’ll train her abdominal muscles to do their job – spinal stabilization – and reduce the painful stress on her lower back.

But is she doomed because she can’t do crunches to strengthen her abs? Not at all! Crunches and sit-ups aren’t actually great core exercises to begin with.

Though the sit-up is by far the most popular ab exercise in the gym, it’s certainly not the most effective because it fails to train your entire core throughout all of its ranges of motion. These exercises target only one core muscle, the rectus abdominis, and train only one core function – flexion.

In reality, your core is made of many more muscles on both the front and backside of your body; further, your core is responsible for flexion, extension, rotation, and “anti” movements that stabilize your spine as you walk, run, jump, and move around throughout the day.

In fact, crunches and sit-ups tend to exacerbate back pain for many people due to repeatedly flexing one’s spine. It’s kind of like repeatedly bending a piece of plastic until it breaks… no bueno.

Ok, if the crunch and sit-up aren’t the best core exercise… what is?

In terms of bullet-proofing your core against pain and injury, plank-based exercises are king.

But simply holding a plank for as long as possible isn’t the goal; it’s generating as much full-body tension you can.

A properly executed plank requires a ton of sustained full-body tension, which is a big deal if you want a strong body and bulletproof abs that protect you from aches and pains that interfere with your active lifestyle.

To properly execute a plank, assume the top of the push-up position. Your hands should be directly below your shoulders so that your wrists, elbows, and shoulders stack in a straight vertical line. Actively press your hands into the floor, as though you’re trying to push the floor away from you, and protract (spread) your shoulder blades away from each other.

Your torso should be parallel to the floor from hips to shoulders. Brace your abs hard with each exhale as though someone (jerk) is about to punch you in the gut.

Your feet should be together, not wide-set. Squeeze your legs together like you’re trying to smash them into a single unit; squeeze your butt hard enough to crack a nut, and tuck your hips under so your butt doesn’t stick up in the air.

Your aim is to squeeze all of your muscles as hard as possible, creating so much tension that you start to shake after only 10-15 seconds.

To advance, take that high plank, but set up on your forearms instead, with shoulders stacked directly over your elbows.

Now that you’ve got the high and low plank on lock, it’s time to progress.

Start with hollow holds, which are similar to planks, but performed on your back instead of face down. Laying flat on the floor, press your back into the ground and engage your abs. Next, bring your legs straight up and lower them toward the floor only so low that you can keep your back pressed into the ground. Finally, extend your arms overhead and pick your shoulders up from the floor. This is the “hollow” position.

Hold the hollow while keeping your back pressed into the ground and focusing on your breathing. You can progress these bad boys by working your legs lower to the ground until you resemble an “(” tipped on its back. As with planks, building up to 20-30 second holds is plenty – trust me.

Very rarely do we hold static positions out in the real world. To make the plank more “functional” and applicable to daily life or athletics, we’re going to add instability to the equation by moving your arms and/or legs.

I like the following progression once someone has mastered basic planks:

Head to the KPxFitness video exercise database to see these exercises in action.

Challenge Yourself With Variety

Even with those advanced progressions, planks can feel kind of boring and stale after a while. That’s when we get to be creative and add a variety of core exercises to your workouts.

Let’s add some movement to the mix with deadbugs. Lay on your back, like a bug stuck upside-down. As the name suggests, you’ll “flail” your limbs like an upside-down bug trying to flip over. Unlike the insect, though, we want your movements to be slow and controlled.

Extend your left arm and right leg while keeping your back pressed into the ground. Flex your toe toward your face and reach your arm as far overhead as you can, fully exhaling before returning to the start position. Repeat on the other side. Continue to alternate.

Progress the deadbug to bird dogs. Start in what’s called the “quadruped” position by kneeling on all fours. Extend opposite arms and legs just as above while focusing on keeping your back as flat and immobile as a table top. Picture a glass filled to the brim with red wine for some incentive.

Getting off the floor, the Paloff press is a phenomenal anti-rotation exercise that will train your core to stabilize while your limbs are moving. Check out the video for a demonstration of a Paloff press (you can use a cable pulley set up, as shown, or a resistance band).

Your main focus with the Paloff press should be keeping all of your joints stacked (hips above knees, knees above ankles) and your shoulders and hips squared up. Try not to shift your weight side to side or allow the cable stack to rotate your body – hence “anti-rotation” press.

When choosing a weight, err on the lighter side. It should feel like just enough resistance to be challenging without pulling your body out of alignment.

Don’t make the mistake of training only your six-pack abs; your back muscles are also part of your core.

For most people, training back extension can help alleviate lower back pain caused by weak glutes. Your gluteal (booty) muscles are involved in hip extension, but if they’re weak, your hip flexors take over and get tight, pulling your body totally out of whack and making you feel like a tin man.

Start on the floor with prone extensions, then progress to the “Superman” exercise where you raise both your upper and lower body off the ground.

If you have access to a back extension station at your gym, progress to 45* back extensions (sub a stability ball if your gym doesn’t have this bench). Add resistance in the form of a weight plate or a resistance band.

Finally, once you’ve built solid back extension strength, add good mornings and deadlifts to your routine to build serious back muscle and strength.

Be Better Than The Crunch

We’ve established that crunches and sit-ups kind of suck when it comes to building a bulletproof core.

That’s why I rarely put those two movements into any of my clients’ programs. Instead, we’ll do reverse crunches, straight leg raises, hanging knee ups, hanging leg raises, toes to bar, medball slams, medball rotations, and weighted carries to train their core safely and effectively.

They say “you’re only as strong as your weakest link.”

Since your core links everything in your body together, transfers force for movement, and protects your spine, you’re really only as strong as your core.

A strong core means safer workouts, more athleticism, and less pain so you can live your life to its fullest.

Just make sure you’re training your entire core (abdominals, back, hips, and glutes) with the effective exercises I’ve shared here.

Need help figuring out the best training and nutrition plan for YOUR goals?
Apply for your FREE coaching call today.
We’ll discuss your fitness goals, the challenges preventing you from achieving your goals, and come up with a plan of action!