Should Men and Women Train Differently?

Spoiler alert: there is no such thing as a “women’s” workout.

There are a lot of misconceptions about strength training, and no debate is more rife with confusion as “should men and women train differently?” I’m here to clear up the confusion and show you how to follow a workout plan that helps you build strength and lean muscle as a woman.
There are generally two stances on this issue:

Unfortunately, there’s not much research to back up either claim, and the truth falls somewhere in between those two extremes. (For an in-depth look at the pertinent research, visit Stronger By Science) 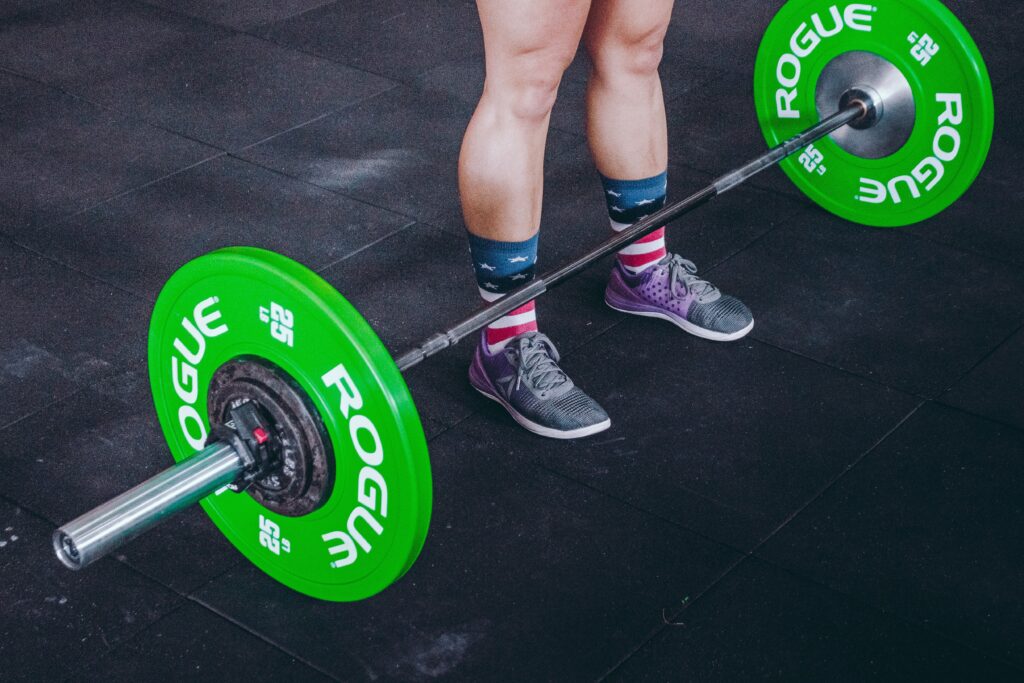 The first thing you have to know is that there is no such thing as a women’s workout.

Men and women shouldn’t change the type of training they do, but rather the degree and magnitude of their training.

Both men and women should lift heavy things and focus on major, compound strength exercises like squats, lunges, hip hinges, pushes, pulls, loaded carries, and core work. Isolation exercises can be thrown in the mix, too, depending on a person’s goals.

Exercise selection does NOT need to change for men and women. What can change in a program written for a man or for a woman are training variables like sets, reps, intensity, daily and/or weekly volume, rest periods, and workout frequency.

There are a couple reasons for this: first, both men and women are human. Both sexes have the same general body parts (that get exercised in the gym…) and the same muscle groups. Therefore, both men and women should focus on the major human movement patterns listed above.

Physiological Differences Should Dictate How You Train

There are, however, subtle physiological differences between men and women. Men are generally* bigger than women; they are bigger and taller and carry more muscle mass as a percentage of their overall weight. (*Extra emphasis on generally.)

A taller person has to move a weight further during any given exercise, so a taller person automatically does more work on each repetition. Since men are generally taller, a man does more work on a squat than a woman, even if they’re both squatting the same weight. Note that if a man and woman are the same height and squat the same weight, they do roughly the same amount of work (hence my emphasis on generally above).

Since men generally carry more muscle mass (less body fat) and do more work moving weights because they’re taller, they create more muscle damage in a given workout. This means they need more time to recover between tough training sessions than a woman might.

Further, men and women have different concentrations of muscle fiber types. Women’s muscles are made up of a higher proportion of type I muscle fibers, which are more fatigue-resistant than type II fibers. Plus, women tend to have less muscle mass, which predisposes them to faster recovery between sets and greater endurance during weightlifting sets than men.

In practical terms, this means that a woman can do more sets, more reps per set, more overall volume, and work at a higher relative intensity in a given workout.

Women can also train a movement pattern or muscle group more frequently than men without worrying about overtraining because they recover faster. A woman may only need a day to recover from an intense squat session before squatting heavy again, while a man might need 2-3 days between sessions to recover.

How The Science May Affect Your Training As A Woman

Don’t be afraid to lift heavy! Women can train with weights that are a higher percentage of their one-repetition maximum (1RM) than men. Women can generally complete more reps at a high percentage of 1RM than a man. For example, a woman might be able to lift 90% five to six times, while a man could only complete four reps at that same percentage.

(Guys should probably train muscle groups more than once per week anyway. The bodybuilding split isn’t your only choice for building either strength or size. See The Best Training Splits for more info.)

As an interesting note, there is a growing body of research that shows women can benefit from different training approaches during different phases of their menstrual cycle. You may have heard of this phenomenon with the US Women’s National soccer team monitoring its players cycles and adjusting their training and diets accordingly. (See references)

Studies show that increased training during the first half of the menstrual cycle may result in better strength gains than training in the second half of the cycle. In other words, getting an extra workout or two in at the beginning of your cycle, then tapering training as you approach the end of your cycle may help women achieve better results in the gym.

Can Women Get As Strong As Men?

Yes, and no. It may come as a surprise, but the “fairer sex” actually gains relative strength faster than men, at least over the short term, like when starting a new training routine.

As for the long term, “relative rates of muscle growth and strength gains are probably roughly equal for men and women, though women may make slightly larger gains, relative to their starting point, across their entire training career.” This is according to Stronger By Science.

The take-away is that women may actually increase their strength more than men when compared to their starting points. In their meta-analysis of the available research, Stronger by Science concluded that previously untrained women gained strength 27% faster than previously untrained men, on average. The flip side is that men generally start out stronger, due to carrying more muscle mass, so even with slower rates of strength gain, men will generally be stronger than women of similar build. (Emphasis on generally because this won’t always be the case.)

If you’re a woman thinking about starting a lifting program, DO IT. You will get stronger. And no, you won’t get bulky (unless you’re also eating way too much food). According to the same data analyzed by Stronger By Science, their wasn’t a statistically significant difference in the rate of muscle gain between men and women.

Remember, we’re talking about rates of progress here. Men tend to start out stronger than women of similar builds – that’s just how it is. But, women may gain strength slightly faster than men when following a progressive weightlifting plan.

Men and women can and should train the same movement patterns, but due to physiological differences, women may benefit from higher training volume, more frequent workouts, and training at a higher percentage of the maximum effort. Emerging sports performance research shows possible benefits for women structuring their workouts such that heavy strength work and sprints are done at the beginning of their menstrual cycle when hormones are optimized for strength gains.